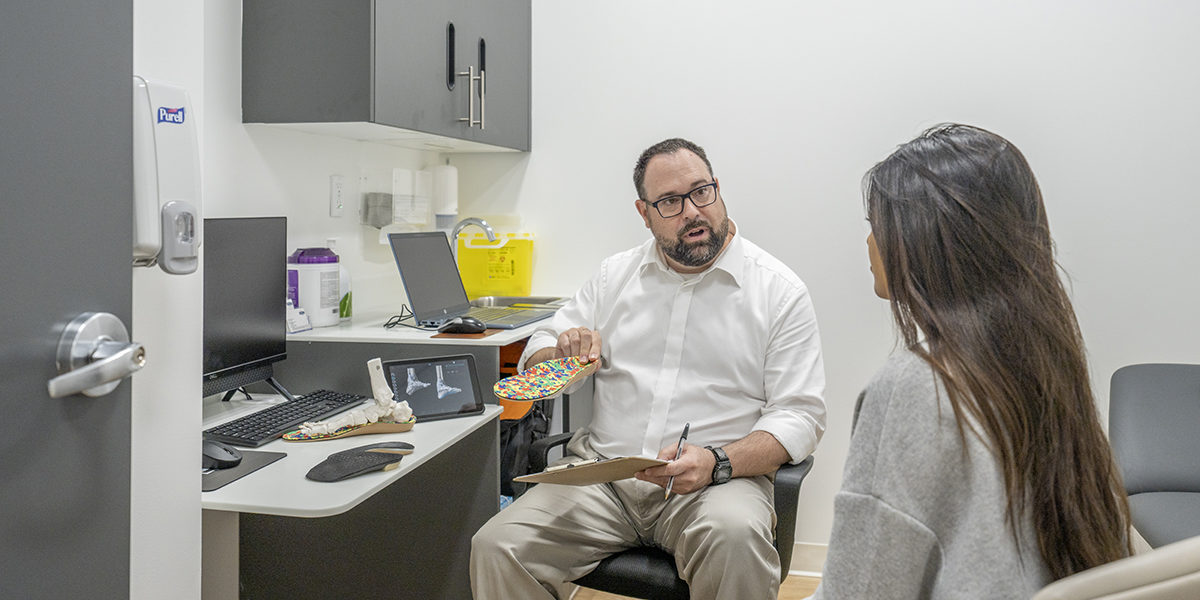 As a Pedorthist, every day in my practice I get asked, “What is the difference between a podiatrist, chiropodist and a pedorthist?”

The difference is substantial from education, scope of practice and colleges/associations that govern each professional to regulate standards and ethics to improve the quality of care.

Starting with education, to become a Podiatrist one needs an undergraduate followed by four-year medical school and then an internship. A DPM stands for Doctor of Podiatric Medicine. This professional is a foot and ankle specialist. Podiatrist focuses on corns, calluses, nails, diabetic superficial wound care and can do in-office surgical procedures (such as corrective bunion surgery.) A Podiatrist belongs to the Canadian Podiatric Medical Association. It’s noteworthy that a Chiropodist also needs an undergraduate followed by three-year postgraduate program at the Michener Institute in Toronto. Chiropodist is not a doctor, D. Ch. stands for Diploma in Chiropody.

Another medical footcare health professional is called Pedorthist. Pedorthist focuses on biomechanics of the lower extremity to alleviate pain, abnormalities and debilitating conditions of the lower limb and feet. To become a Pedorthist, one needs an undergraduate in Kinesiology degree followed by one-year postgraduate program at Western University in Ontario. A Pedorthist is trained to make custom orthotics, custom ankle bracing, custom shoes and can fit orthopaedic shoes and compression socks. The association for pedorthist is called Pedorthic Association of Canada. The College of Pedorthics of Canada regulates certification, scope of practice and ethics.

One more question I get asked daily is, “What is the difference between a custom orthotic and an over the counter (OTC) orthotic?”

Simply put, below are the differences:

Setting Yourself Up for Success
January 1, 2022
Go to Top